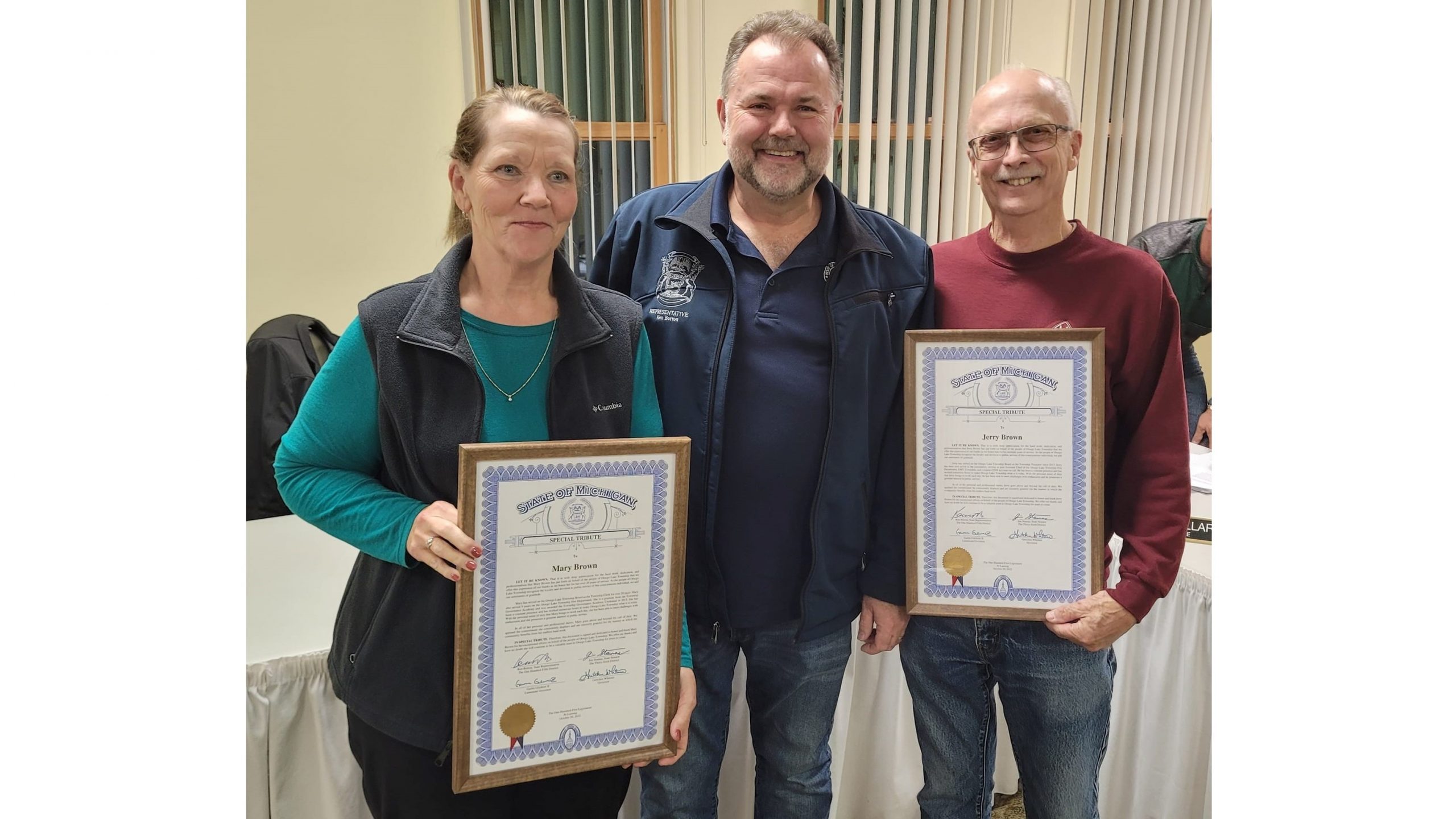 Borton said: “For many years, Jerry and Mary Brown have wholeheartedly served the people of Otsego Lake Township. As treasurer, Jerry safeguards taxpayer dollars, while Mary represented the community as a trustee and now administers elections as clerk. The Otsego Lake community truly appreciates this dynamic husband-and-wife duo for their faithful public service — past, present, and future.”

At the Otsego Lake Township Board of Trustees meeting on Thursday, Borton presented a state tribute to each of the Browns to honor their record of service.

State Rep. Ken Borton today expressed his frustration with Gov. Gretchen Whitmer and Lansing Democrats for seeking to block an automatic income tax cut that would otherwise take effect this year, helping working families and small businesses when they need it most.

In response to the governor’s annual State of the State, Rep. Ken Borton (R-Gaylord) issued the following statement: